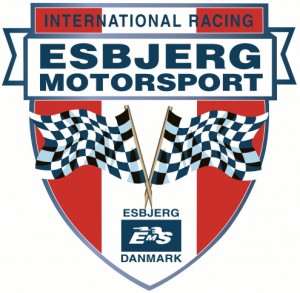 On July 18th 1929  Esbjerg Motor Sport got founded under the name  Esbjerg Automobile and  Motor cycle Club.  As such it is one of the oldest, still existing motor clubs in Denmark.

Without access to a track the new club organized its first event in 1929 as a motor orienteering race on the roads through the entire Jutland from south to north. Considering the state  of those days’ roads, it must have taken quite a lot of time, although some of the motor cycles could reach a speed of more than 60 mph.

Orienteering, in particular by night was an important activity in the 1930-s, not fully legal, but silently tolerated.
After April 9th 1940 the club lay idle, but got revived in May 1945.

In order to legalize its activities, the club decided to establish a track for motor cycle racing. In the early spring of 1946 he club acquired a piece of moorland at the Korskro inn 7 miles east of Esbjerg.
Then the members began digging with shovels and man power. Literally the walls around the track was built shovel by shovel.

Since then the Korskro track has been the core in the club’s activities, from 1955 and many years ahead with Jorgen Holm at a dynamic and skilled leader, involving himself in almost everything in the club.

However the speedway in the infield of the long track was not satisfying neither regarding safety nor for the public. So for a longer period of years speedway meetings got held on the cinders track at Esbjerg Athletic Stadium

Esbjerg Motor Sport got in 1963 adopted in the Danish Automobile Sports Union (DASU). Until then Esbjerg Automobile Sports Club stood behind car racing on the Korskro track, although it was EMS that did the practical job. Contemporary with the adoption the club changed name to EMS-EMSA.
The re-organized Danish tournament in team speedway had six team, and the Esbjerg team the Vikings won their first team championship. Individually Bent Norregaard Jensen won the Danish Junior Championship.

Co-operations got established with clubs and leaders from Norway, Sweden, England, Germany and Holland to share experiences and to compete on the Korskro track.

Trough the 1960-es thing went very fast with many meetings at Korskro, which became a motor sports center for the entire Denmark. Thousands of fans came to the meetings every time, and a deficit on DKK 30.000 from 1953 was changed to a cash balance of nearly half a million DKK. Such amount almost invited to consider modernizing the existing plant, but other facts forced to revise the plans. Early in the seventies the public interest diminished, and the time called for new thinking.