In the first half of the 1970-es mini speedway on special built mopeds had an enormous growth in Denmark. New Clubs emerged and a number of new tracks got built. Fjelsted on the island Funen is known as the first in 1973. Already a year later more tracks were added, among them one at the town Middelfart near the old railway- and road bridge between Funen and Jutland. The 200 m. long gravel surfaced track was beautifully located on a slightly sloped terrain between the Hindsgaul Forest and the beach of the Little Belt. 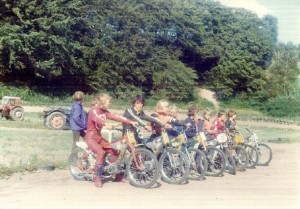 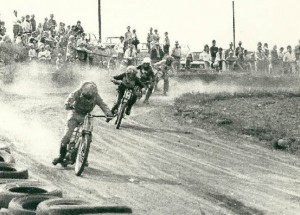 Close and hard riding at the team championship final in Middelfart.