Leo Poulsen wrote in 1998 a pamphlet about Outrup Speedway Club from which the picks beneath are quoted.

The lifetime of the club lasted merely 2 months from the 28th of May 1961 to 24th of July same year. Anyway the club mastered to establish a small track in the Blaabjerg plantation which can be seen on the sketch below and which some years later was inherited by Outrup Speedway Club. 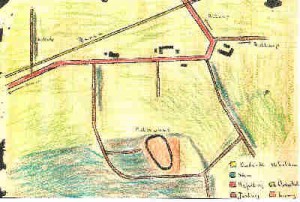 It all began with a bunch of motor freaky youngsters who with great ingenuity out of bits and pieces constructed some very odd looking motor vehicles to ride and race on. Jeppe Lund, the father of Kjeld and Jens Lund took the boys to the Korskro track. They loved it, but with that all the fuzz began, because Kjeld had greater ambitions than the others to ride “real speedway” A full scale speedway track was a must. A greater assembly was called in, and Kjeld’s idea got reluctantly accepted.

Outrup Speedway Club got established in November 1973, and today it is among the best organized clubs in Denmark.

A beneficially leasing agreement for the site was made with a local farmer (100 DKK per year). The site was mostly covered by fir trees and a few beautifully small ponds which needed to be cleared away. That was considered minor problems. Now it was up early in the morning and away to some nice farmers to borrow tractors so the obstacles could be removed by ropes and muscle power.
An old discarded ice cream stand got converted to the referee’s box. They were proud boys when on 3rd July 1976 they opened the track with waving flags and horn music by the brass band from the Varde military barracks. 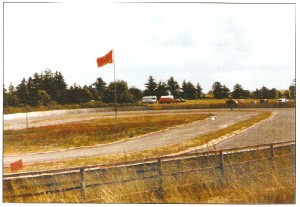 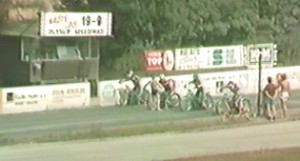 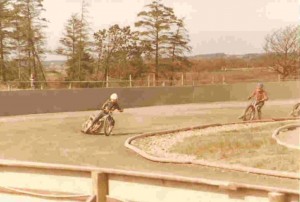 Bend 3. Note the inside kerb, made of discarded steel tubes welded together.

Through the years spent for the building of the track the club’s riders rode for Esbjerg or Holsted, so they were well experienced when in 1977 Outrup debuted in the tournament under the name “Blaabjerg Boys”. Already in 1979 the team advanced to 1. Division where they won Bronze medals. 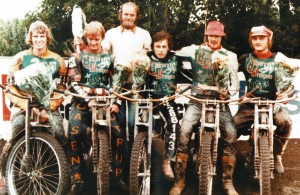 In 1978 a further 500 cc team “West Jutlanders” joined 3. Division, and in mini speedway the team “Star fighters” came in. 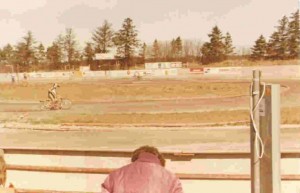 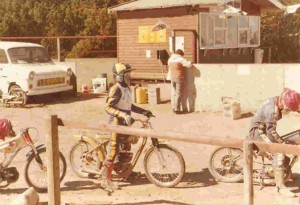 Riders piling up at the track entrance 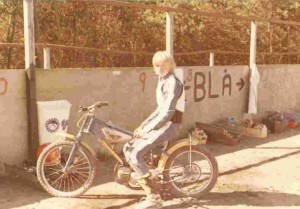 Time for at deep breath between two heats 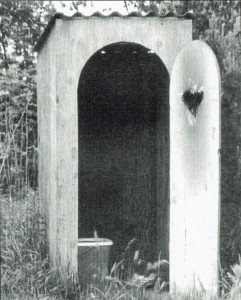 Conveniences at the old track

Early in the 80es it became necessary to improve the facilities. Stronger environmental rules got imposed. Added to that, wishes for better toilets for riders and spectators and a wish to get the track FIM licensed for international events emphasized  the need for new actions.

A new stadium to replace the old was built adjacent to the old and opened I 1986, the same year as the Danish Speedway League got off the ground.
Soon the stadium gained popularity and since then successfully has staged many great events.
Through the years after the opening the stadium has been gradually improved and now has flood light for night events and a cafeteria with VIP’s and Sponsor’s lounge on the first floor. 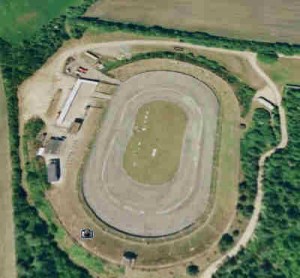 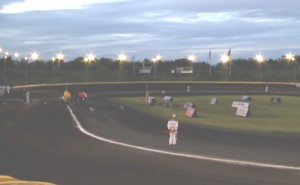 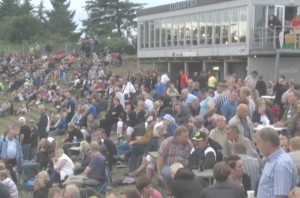 An evening at a league meeting. 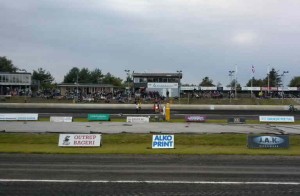 The straight with the referee’s tower in the middle, Left: The restaurant
and the bar. Right: the pit area 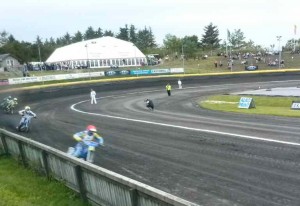 October 5. 1986. International U21 Nations meeting:
After inspection by  FIM’s representatives Günther Sorber from W. Germany and Frank Hansen, Denmark the track got its international track licence.

Same day the track hosted the second U21 meeting in a series of four of which the first was held the day before in Fjelsted. The following got held in Norden, W. Germany on October 11.
Be it said at once: With only a marginally loss to Sweden on the third day, the Danish team was by far the strongest.